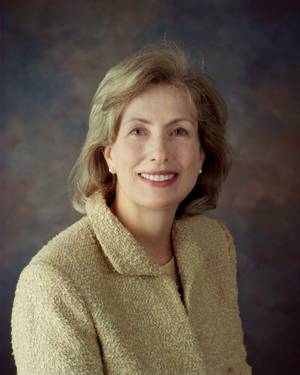 Ms. Lents retired in 2008 as President & CEO of the Center for Houston’s Future, a not-for-profit policy planning organization.  She continues to work as a volunteer in the civic and policy arenas and serves as President of the Board of Texas Children’s Hospital and on the boards of the Houston Parks Board, Memorial Heights Tax Increment Reinvestment Zone #5, and the Memorial Heights Redevelopment Authority.  She is also a member of the State Parks Advisory Committee to the Texas Parks & Wildlife Commission.  She was one of the founders of Houston’s Quality of Life Coalition and served as its Co-Chair throughout approximately 11-year existence.  She is a founder and Executive Committee Member of the Center for Women in Law.

Ms. Lents received a B.A. with honors from Wellesley College in 1971 and a J.D. with high honors from the University of Texas School of Law in 1974.  She served as a Note and Comment Editor of the Texas Law Review and was named a Chancellor and member of Order of the Coif.   Ms. Lents practiced law with Vinson & Elkins from 1974 to 1990, where she was a partner focusing principally on commercial litigation.

She and her husband David, also a graduate of the University of Texas School of Law, have two children, David Lents Heaney and Mary Elizabeth Heaney.