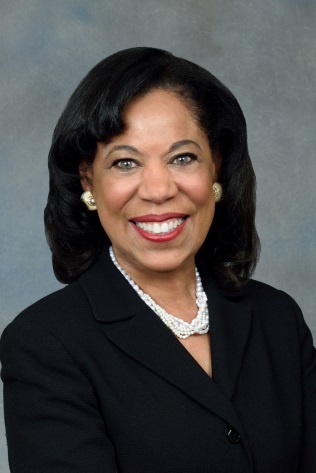 Arleas Upton Kea is a member of the senior leadership team and Director of Administration at the Federal Deposit Insurance Corporation.  A native Texan, she earned her Juris Doctor degree from the University of Texas Law School in 1982 and her Bachelor of Arts Degree with honors in 1979.  She also holds certificates from the program of Instruction for Lawyers at Harvard Law School and the Program for Senior Leaders in Government at Harvard’s Kennedy School of Government.

Arleas began her legal career in Washington, DC, serving first at the US Department of Labor’s legal division and then joining the Legal Division at the Federal Deposit Insurance Corporation (FDIC) during the banking and savings and loan crises in the 1980’s.  At the FDIC, she specialized in complex professional liability matters and major white collar crimes.  She also helped lead the FDIC’s labor negotiations and held several senior positions, including Assistant General Counsel and Deputy General Counsel.

Ms. Kea expanded her role beyond the legal division when she was appointed by the FDIC’s Board of Directors to serve as the agency’s Ombudsman.  As the Ombudsman, she filled a critical role, serving as the liaison with bankers, industry representatives, community groups, and the public. Her strategy for brokering relationships between the public and regulatory agencies serves as a model today throughout government.  Her achievements include selection as Chairman of the Coalition of Federal Ombudsmen and receipt of the prestigious Vice President’s Hammer Award for management excellence in government.

Presently, in her role as Director of Administration, Arleas provides nation-wide strategic leadership of critical infrastructure support, including: human resources, procurement, leasing, facilities operations, and special events and programs.  She has also led several efforts which resulted in implementation of a variety of innovative Human Resource programs.  Employee satisfaction has grown with these initiatives and the FDIC is consistently recognized as a best place to work in the Federal Government.

Arleas has received numerous awards for her efforts in human resources leadership and related areas, including a 2012 nomination for the prestigious Service to America Medal of Honor.  She was recently appointed to serve on a White House Advisory Group for Reform of the Senior Executive Service (SES).  This is a high level group working with White House Staff to make recommendations to President Obama for reforming the hiring for top level executive branch public servants.