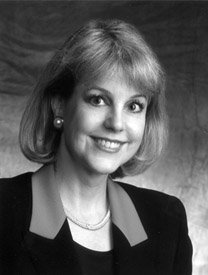 Carrin Patman is a partner in the trial section of Bracewell & Patterson’s Houston office.  She is a 1982 graduate of The University of Texas Law School, where she was a member of the Texas Law Review, and is a 1978 honors graduate of Duke University.  Carrin handles all types of commercial disputes at the trial and appellate levels, including the range of business torts and class actions.  She has spoken at a number of CLE seminars, including as Course Director for The Ultimate Trial Notebook (a seminar on all aspects of trial) presented at the 2004 State Bar of Texas Convention.

Carrin is active in politics, in her community, and in her law firm, where she was the first woman to serve on its management committee. She has served as president both of the Texas Law Review Association and The University of Texas Law Alumni Association. She was recently appointed by the Mayor of Houston to serve on the board of the Metropolitan Transit Authority of Houston and Harris County, Texas. She serves on the University of Texas Health Science Center-Houston Development Board and the advisory board of Girls Incorporated of Greater Houston.  In 2001, she received the prestigious Karen H. Susman Jurisprudence Award, given each year by the Anti-Defamation League, and was selected a 2000 Woman on the Move by theHouston Chronicle, Channel 11, and Texas Executive Women.  Both awards recognize professional achievement combined with community service.

She is married to Jim Derrick.