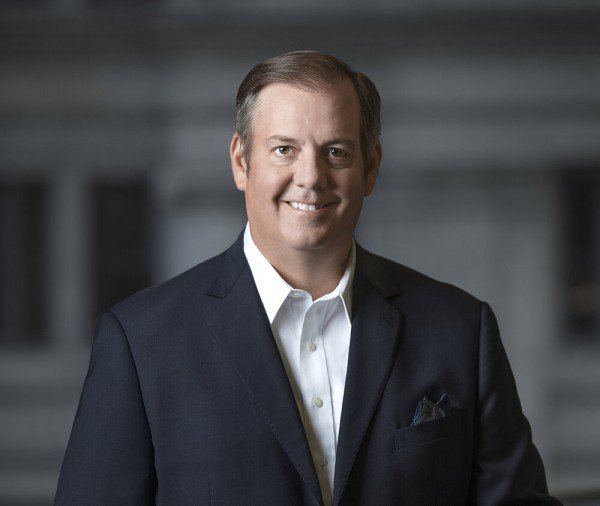 David McAtee is responsible for all legal matters at AT&T as well as for AT&T’s Washington, D.C. government affairs organization. He was appointed General Counsel in October 2015 and Chair of the AT&T Foundation in May 2018.

David joined AT&T in January 2012 as Senior Vice President and Assistant General Counsel. Prior to that, he was a partner of Haynes and Boone, LLP, where he specialized in complex litigation matters, antitrust, and government investigations. He also served as the Administrative Partner of the firm’s Dallas office. Prior to his career in private practice at Haynes and Boone, David was senior law clerk to U.S. District Judge Jerry Buchmeyer, then Chief Judge of the Northern District of Texas.

David is a former Executive Committee member of the State Bar of Texas, Chair of the Board of Editors of the Texas Bar Journal, and Chair of the Fellows of the Texas Bar Foundation. He has twice received a Presidential Citation by the State Bar of Texas for leadership in the bar and received a Leadership Award from Texas Bar CLE for his contributions in support of continuing legal education.

David is a former President of The Dallas Assembly and the Trinity Commons Foundation. He currently serves on the Board of Directors of St. Mark’s School of Texas and Methodist Health System. He also is a Commissioner of the Texas Access to Justice Commission.

Born in Dallas, Texas, David graduated from Duke University with honors and from The University of Texas School of Law, where he was an associate editor of The Review of Litigation.