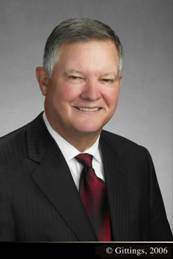 George Fleming is Managing Partner of Fleming, Nolen & Jez, L.L.P., a firm that specializes in the areas of mass tort and consumer litigation, products liability, plaintiff’s personal injury and aviation accident cases.  He is a graduate of the University of Texas at Austin, where he received his BBA and JD degrees.

Prior to beginning his private law practice, Mr. Fleming was an officer in the U.S. Army and spent five years as a trial attorney in the Tort Section of the U.S. Department of Justice in Washington, DC.  He has been lead trial attorney in a number of landmark cases.

Mr. Fleming is admitted to practice before the U.S. Supreme Court; U.S. Court of Appeals: Third, Fifth, Seventh, Eleventh, and District of Columbia Circuits; U.S. District Courts: Northern, Southern, Eastern and Western Districts of Texas and District of Columbia; and the Texas Supreme Court.  His legal memberships include the State Bar of Texas, Houston Bar Association, Texas Trial Lawyers Association, American Bar Association, and the American Association for Justice.  He is listed in Who’s Who in American Law, and has been named a “Texas Super Lawyer” by Texas Monthly magazine every year since 2003.

Mr. Fleming has been a member of the board of directors of the Sam Houston Area Council, Boy Scouts of America.  The Boy Scouts have presented Mr. Fleming with The Vigil Honor, and the Silver Beaver and Distinguished Eagle Awards.