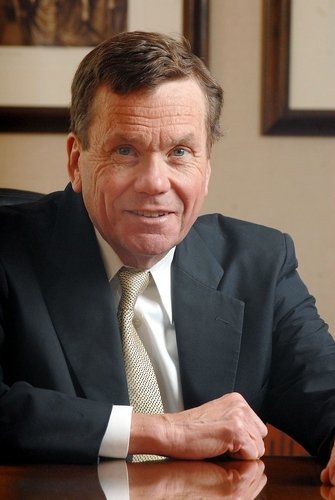 A native of Lufkin and reared in El Paso, Mr. Mithoff attended the University of Texas at Austin, majoring in business administration. After graduating in 1968, he enrolled in the UT Law School, graduating in 1971. He was Project Editor of the Texas Law Review in his final year at UT.

Following graduation, he clerked for U.S. District Judge William Wayne Justice. In 1974, he went into practice with legendary trial attorney Joe Jamail with the firm that later became Jamail, Kolius & Mithoff. In 2006 he established Mithoff Law.

Mr. Mithoff has endowed a series of scholarships at his alma mater, the University of Texas at Austin, including a Presidential Scholarship in law for educationally, socially and culturally disadvantaged students at the UT Law School, a Presidential Scholarship for disabled students at UT Business School and an endowed professorship in neonatal/perinatal medicine at the UT School of Medicine. The UT Medical School endowment funded community outreach perinatal centers, as well as the Life Flight program to bring injured babies quickly from outlying community hospitals to major medical centers.

Active in State Bar committees and Continuing Legal Education, Mr. Mithoff has served on the Supreme Court of Texas Committee on Judicial Appointments, on the State Bar of Texas Committee on Pattern Jury Charges, and as Special Assistant Disciplinary Counsel to the Texas Commission for Lawyer Discipline. He has also been a guest speaker at many seminars on a variety of topics throughout the country. He has served as president of the Houston Chapter of the American Board of Trial Advocates and president of the Houston Trial Lawyers.

In 1997, Mr. Mithoff was awarded the Jurisprudence Award by the Anti-Defamation League in recognition of his “immense talents, persuasive ability, and energy to fight for the principles enshrined in the Constitution and the League’s mission–justice and fair treatment for all.”
Richard and Ginni Mithoff were awarded the first Ben Taub Humanitarian Award by Harris County Hospital District Foundation in 2000 in recognition of their philanthropic endeavors as exemplified by the “generosity, interest and advocacy for health care” of the late Ben Taub. The hospital district named its world-class trauma center the Ginni and Richard Mithoff Trauma Center at the Ben Taub Hospital in 2007.

Mr. and Mrs. Mithoff were selected as Honorees at the Children at Risk Accolades Luncheon in 2002 for their “continuous commitment and service to the children of Houston” and were honored by County Judge Robert Eckels and the Harris County Commissioners Court with a Proclamation that Wednesday, October 2, 2003, be Ginni and Richard Mithoff and Children at Risk Day, in recognition of their efforts, “making a positive difference in the lives of the children of our community.” The couple was honored in 2003 with the Samaritan Spirit Award in recognition of their “significant contributions to human health and growth” and in 2007 by Family Services of Greater Houston as the 2007 Family of the Year.

In 2008, Mr. Mithoff was awarded the 2008 J. Chrys Dougherty Good Apple Award by Texas Appleseed in honor of “his commitment to justice, his work to enforce the highest standards for the legal profession, and his generosity in giving back to the community.”

Mr. Mithoff enjoys skiing and mountain climbing. His summits have included Mt. Kilimanjaro in Africa and the Grand Teton in Wyoming, as well as numerous climbs in Patagonia in South America as well as the Pyrenees in Spain, the Mont Blanc range in France, the Drakensberg range in South Africa, and numerous rock climbs in Wyoming and Colorado. He and his wife, Ginni, have two children, Michael and Caroline, and four grandchildren: Mia, daughter of Michael and his wife, Melissa and their twin sons, Max and Matthew, and Isabella, daughter of Caroline Mithoff and her husband Scott Perez.