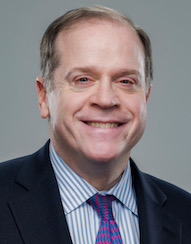 Wilson S. Neely is director of strategic initiatives for InterNex Capital,  a tech-enabled asset-based lender to small- and medium-sized B2B businesses.  Prior to joining InterNex in January 2020, Wilson enjoyed a 37 year career as a corporate lawyer with Simpson Thacher & Bartlett in New York City.  While he was practicing, his primary focus was in mergers and acquisitions and also in the capital markets area.  Since 1994, he was the lead outside lawyer representing Blackstone in its private equity M&A transactions, and he also represented other PE firms and public and private companies, leading numerous leveraged buyouts, mergers, recapitalizations, dispositions and strategic partnerships between private equity funds and corporate partners. In addition, he has overseen a number of initial public offerings, involving both common stock and high yield securities.

During his years of practive, Wilson was named a “Band 1” private equity lawyer by Chambers USA every year since 2008.

Wilson is a director of Gates Corporation (NYSE: GTES), and he also serves on the boards of ReadWorks, myFace and Historic Hudson Valley.