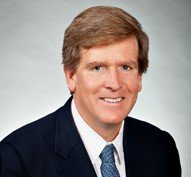 Rob Walters is a trial partner with extensive experience in antitrust, securities, class action, and business tort litigation.  Mr. Walters is nationally recognized for his abilities and accomplishments as a trial lawyer.  He has served as lead trial counsel in a wide array of trials and adversarial proceedings, including the representative trials and class action proceedings described below.*  He has also counseled and represented clients in government investigations and the antitrust aspects of mergers and acquisitions. He serves as Partner-in-Charge of the firm’s Dallas office and has served as a member of the firm’s Executive Committee.  Mr. Walters served as Executive Vice President and General Counsel of Energy Future Holdings from 2008 until 2010.  He was a partner at Vinson & Elkins LLP from 1990 until 2008, where he also served as a member of the firm’s Management Committee.

Mr. Walters frequently lectures on the antitrust laws and trial of complex litigation.  He has served as an adjunct professor at Southern Methodist University School of Law on trial advocacy and at the University of Texas, School of Law on energy policy and law.