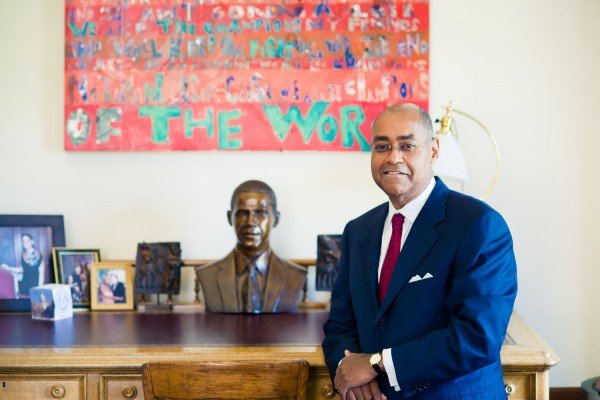 Senator Rodney Ellis was elected to the Texas Senate in 1990. During his tenure, he has earned praise as a leader on economic development, education, civil rights, responsible environmental policy, tax cuts for the middle class, and criminal justice issues, having passed over 600 bills.

He is the proud founder of the Texas Legislative Internship Program (TLIP). Since TLIP’s inception, it has become the largest legislative internship program in the state. Senator Ellis has raised over $2 million in funding for the program, giving over 600 young people the opportunity to make a difference in Texas politics and public policy. Three former TLIP participants are currently members of the Texas House of Representatives.

Senator Ellis is a member of the Senate State Affairs, Transportation, and Business & Commerce committees. In past sessions, he chaired the Senate Finance, Jurisprudence, Intergovernmental Relations, and Government Organization committees.

Senator Ellis currently serves on the University of Texas School of Law Foundation Board, the Council on Foreign Relations, the Rainbow PUSH Coalition Board of Directors, and the board of the Barbara Jordan Freedom Foundation. He also chairs the Board of Directors for the Innocence Project, Inc. of New York, and co-chairs the Commission to Engage African Americans on Energy, Climate, and the Environment.

Senator Ellis is a Partner at Rice Financial Products Company, a Shareholder of The Tagos Group, and Of Counsel at Reaud, Morgan, & Quinn.

Rodney Ellis is married to Licia Green-Ellis and has four children.