Skip to content
Home » Trustees » The Honorable Wallace B. Jefferson 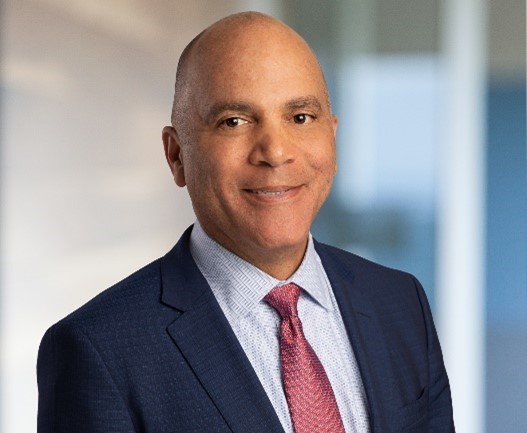 Wallace B. Jefferson is the son of Retired Air Force Major William D. Jefferson and Joyce Jefferson of San Antonio, Texas. He graduated from John Jay High School in 1981, received a Bachelor of Arts in Political Philosophy from James Madison College at Michigan State University in 1985, and earned his Juris Doctor degree from the University of Texas School of Law in 1988.  He is board certified in civil appellate law by the Texas Board of Legal Specialization.

Chief Justice Jefferson developed an early interest in appellate law as a student of the late constitutional scholar Charles Alan Wright. In 1989, he joined the appellate section of Groce, Locke and Hebdon in San Antonio. He founded his own appellate law firm with Tom Crofts and Sharon Callaway in 1991.  Crofts, Callaway and Jefferson soon became one of the preeminent appellate practices in Texas.

He quickly earned a reputation for appellate excellence. He successfully argued two cases before the United States Supreme Court by age 35, which is an accomplishment earned by less than one percent of lawyers in the country. His experience arguing at the highest court in the land, combined with his frequent appearances before the Supreme Court of Texas and the United States Court of Appeals for the Fifth Circuit, brought a unique and valuable perspective to the bench.

Chief Justice Jefferson is the descendant of a slave, who was owned by a Waco, Texas judge before the Civil War. That slave, Shedrick Willis, served his community as a two-term member of the Waco City Council after the War. Chief Justice Jefferson’s family history is a testament to the perseverance of the individual human spirit, and his role as former Chief Justice proves the enduring strength of our Constitution.

Beyond his work in Texas, Chief Justice Jefferson was unanimously elected by his peers to serve as president of the Conference of Chief Justices in 2010-2011. He is on the Board of Advisors of the Justice Sandra Day O’Connor Judicial Selection Initiative and the Council of the American Law Institute, currently serving as Treasurer of that organization. Jefferson is the namesake for Wallace B. Jefferson Middle School in San Antonio.

Jefferson has recently been honored with the 2014 Texas Center for Legal Ethics Chief Justice Jack Pope Professionalism Award, honoring a judge or attorney who personifies the highest standards of legal professional and integrity, the 2014 Texas Appleseed J. Chrys Dougherty Good Apple Award because of his leadership in seeking equality for all Texans, especially the less fortunate, and the 2015 Anti-Defamation League Austin Jurisprudence Award, honoring an outstanding member of the legal community who exhibits a commitment to equality, justice, fairness, and community service.