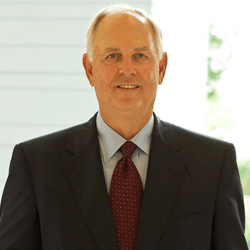 William O. Whitehurst is a past president of the State Bar of Texas and the Texas Trial Lawyers Association. He is a registered pharmacist in both Oklahoma and Texas, is board certified as a Civil Trial Specialist by the National Board of Trial Advocacy, and is board certified in Personal Injury Trial Law by the Texas Board of Legal Specialization. In addition, he has been an instrument-rated, licensed pilot since 1967. Mr. Whitehurst has served on the faculty of the University of Texas School of Law and Harvard Law School Trial Advocacy Programs. He is a fellow and past president of the International Academy of Trial Lawyers, a fellow of the American College of Trial Lawyers and is a member of the American Board of Trial Advocates.

Since 1975, William O. Whitehurst has specialized in litigation involving catastrophic injuries and death from medical malpractice, defective products, aviation and vehicular accidents on behalf of the plaintiff. Mr. Whitehurst has achieved some of the largest medical malpractice verdicts ever against the United States government, ranking him among the nation’s top personal injury attorneys. For a brain-damaged baby in San Antonio, Texas, he recovered $18.96 million; in Austin, Texas, he recovered $15.75 million for a similar birth injury. He has been recognized in the publication The Best Lawyers in America by Woodward White, Inc. every year since 1995. He has also been listed as a Super Lawyer by Thomson Reuters every year since 2003.

William O. Whitehurst is a co-founder of the national organization Bar Leaders for the Preservation of Legal Services to the Poor. He has served on the National Association for Public Interest Law (NAPIL) Fellowship’s Board of Directors and has served as the attorney advisor to the University of Texas School of Law’s Texas Law Fellowships program (Public Interest Law Grants) since its inception. He also chaired the American Bar Association’s Standing Committee on Legal Aid and Indigent Defendants.

Mr. Whitehurst received the J. Chris Dougherty Award and the Texas Law Fellowship Award for his work in legal services and public interest law. He was honored by the National Legal Aid and Defender Association with its national award for extraordinary leadership and personal commitment to equal justice in America. Mr. Whitehurst was also honored by Texas Appleseed with a Good Apple Award for his involvement in the creation of Interest on Lawyers Trust Accounts (IOLTA). He also received the Distinguished Lawyer Award from the Austin Bar Association, honoring Travis County lawyers who have practiced for 30 years or more and who have significantly contributed to the profession and the community. Recently, Mr. Whitehurst was presented the Austin Young Lawyers Association Outstanding Alumnus Award, and the Texas Access to Justice Foundation’s Harod E. Kleinman Award for exceptional and outstanding leadership to ensure access to justice to low-income Texans.