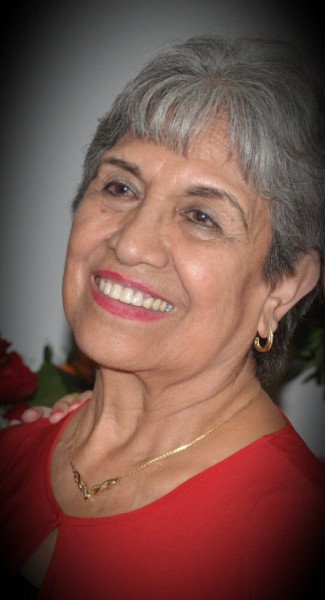 The University of Texas School of Law mourns the loss of retired, longtime staff member Anna María Herrera Saldaña. She passed away peacefully at home on Nov. 29, 2021 at age 87.

Mrs. Saldaña was hired at The University of Texas School of Law on Oct. 1, 1964 as one of the first Hispanic employees at the State of Texas’ flagship law school. She began her employment as a faculty secretary and later worked as Dean Byron Fullerton’s assistant for several years. She then served for decades as the Director of the Law School’s Financial Aid Office. Over the span of her career, Mrs. Saldaña served as a financial aid counselor for over 6,000 students with aspirations to become lawyers. She retired after 35 years with the Law School on Oct. 1, 1999. Both her retirement and her service to the law school were celebrated with an article in the Fall 1999 edition of the Townes Hall Notes, Adiós, Señora Saldaña: Beloved Financial Aid Counselor Retires.

Generations of law students at Texas Law have benefited from her generous spirit and commitment to their welfare. Mrs. Saldaña had been honored by many student organizations at the Law School. She was named by the student body as the Honoree for Law Week and was given lifetime honorary memberships to the Chicano Hispanic Law Students Association and the Thurgood Marshall Legal Society.

“Anna María inspired many generations of our community with her warmth, kindness, and commitment to the well-being of the thousands of students she helped in such important ways,” said Dean of the School of Law Ward Farnsworth. “She will always live on in the memories of those students and in the hearts of the rest of us, too. Her way of being made this school a better place.”