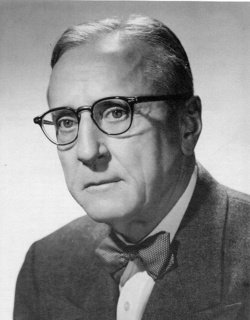 Charles Francis was born in Denton, Texas on Sept. 1, 1893. After graduation from law school, Mr. Francis joined the Army as a private and two years later was discharged as a second lieutenant in the field artillery. From 1919 of 1934, he resided in Wichita Falls, where he was a partner in the law firm of Weeks & Weeks. It was in Wichita Falls, which was riding the crest of major oil field discoveries, that he began his long association with the oil and gas industry. In 1933, Mr. Francis was appointed Special Assistant to the US Attorney General and Counsel for the Petroleum Administrative Board in charge of oil and gas litigation for the Justice Department.

When he left the Attorney General’s office in 1934, Mr. Francis moved to Houston and for sixteen years was a partner in the law firm of Vinson, Elkins, Weems and Francis, now known as Vinson & Elkins. In 1940, he served as Special Assistant to the US Secretary of War.

Mr. Francis’ long association with The University of Texas dated back to 1915 when he received a Bachelor of Arts degree, and 1917 when he received both the Bachelor of Laws and Master of Laws degrees. As an undergraduate, he played on baseball teams coached by the legendary Billy Disch from 1912 to 1915, and was the only freshman to make the 1912 team. As a law student, he helped to establish the Texas Law Review and served as its Associate Editor. At one time he was an instructor in public speaking at The University.

Charles Francis served as the first President of The University of Texas Law School Foundation from 1952 until 1967. His love and concern for The University of Texas a he School of Law were manifested in terms of uniquely personal service. There is no doubt that without his talents, vision, indefatigable efforts, and support, the Law School could not have attained its present high standing.