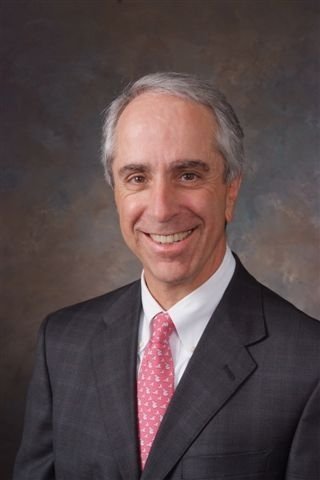 Jack Balagia graduated from the University of Texas at Austin (B.A., 1973 and J.D., 1976) and served as law clerk to U.S. District Judge W.M. Taylor Jr. in Dallas, Texas.  He joined the Austin firm of McGinnis, Lochridge and Kilgore in 1977, where his practice included energy litigation and appeals, oil and gas regulatory work and media law.  He joined Exxon’s Litigation section in 1998 and was named Assistant General Counsel for Litigation in 2004.

He was elected Vice President and General Counsel of Exxon Mobil Corporation in January 2010, and reported directly to the company’s CEO and Board of Directors. As General Counsel, he headed a law department of 450 lawyers and 350 support professionals in 31 offices around the world, with legal specialties that included oil and gas, corporate compliance and securities, intellectual property, mergers and acquisitions and litigation. He reached mandatory retirement at ExxonMobil in November 2016, and began teaching oil and gas law as an adjunct professor at the University of Texas School of Law. In 2018 he opened a solo law practice in Houston specializing in litigation and arbitrations.

He has served in a number of capacities with committees of the State Bar of Texas, including several years as Chairman of the Bar’s Public Affairs Committee.  In 2000, the Texas Supreme Court appointed him to the Court’s Board of Disciplinary Appeals, which has jurisdiction over Texas lawyer disciplinary matters, and he served as Chairman from 2003-05. He served on the Board and as Vice Chair of the Houston Bar Foundation, which oversees financial support for Houston Bar pro bono activities.  He has been listed in The Best Lawyers in America and has been named a Texas Super Lawyer by Texas Monthly magazine.

Mr. Balagia serves on the Board of Trustees of the University of Texas Law School Foundation and is a Past President of the Law School Alumni Association Executive Committee.  He received the Law School’s Outstanding Alumnus Award in 2014.  He has also served in various leadership positions for ExxonMobil’s Gulf Coast and North Texas Employee Charitable Giving campaigns, and was a member of the Salvation Army DFW Advisory Board before relocating to Houston.

During his career, Mr. Balagia has been honored by a number of organizations for his contributions to the community and the legal profession, including the Lifetime Achievement in Energy Litigation from the Center for American and International Law (2010), and Lifetime Achievement Awards from the Hispanic Bar Association of Houston (2012), the Association of Corporate Counsel and D CEO Magazine (2011) and the Texas Civil Justice League (2016). The Houston Bar Foundation honored him with its James B. Sales Pro Bono Leadership Award in 2014, he was named a Legend in the Law by the Burton Foundation in Washington, D.C. in 2016, and received the Dallas Anti-Defamation League’s Jurisprudence Award in 2015.