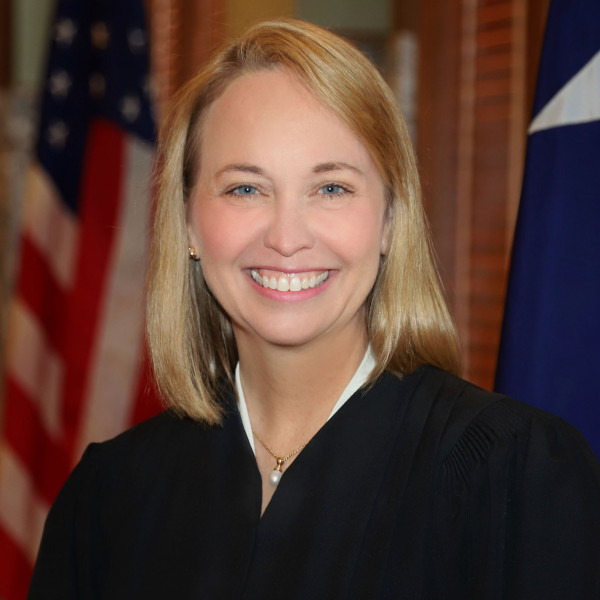 Justice Bland is board certified in civil appellate law and civil trial law by the Texas Board of Legal Specialization.  She is a member of the American Law Institute.  Before serving on the bench, she practiced with Baker Botts L.L.P., focusing on civil trial and appellate work.  Before that, she clerked for Judge Thomas Gibbs Gee on the United States Court of Appeals for the Fifth Circuit.

Justice Bland serves on the Texas Supreme Court’s Rules Advisory Committee and is the chair of the State Bar of Texas’s Oversight Committee on the Texas Pattern Jury Charges, having previously served on the Business, Consumer and Employment Law volume.  In March 2006, while sitting by special commission, she delivered the majority opinion in Hyundai v. Vasquez for the Texas Supreme Court.

In November 2010, United States Supreme Court Chief Justice John Roberts presented Justice Bland with the William H. Rehnquist Award, given annually by the National Center for State Courts to a state court judge who exemplifies the highest level of judicial excellence, integrity, fairness, and professional ethics.  The Texas Association of Civil Trial and Appellate Specialists named her trial judge of the year in 2003 and appellate judge of the year in 2007 and 2015. She also has twice received President’s Awards for her work with both the Houston Bar Association and the Houston Young Lawyers Association.  She serves on the boards of Houston Volunteer Lawyers, the UT Law School Foundation, and St. John’s School.

Justice Bland is married to Douglas S. Bland, a partner with Vinson & Elkins, L.L.P., and they have two children.