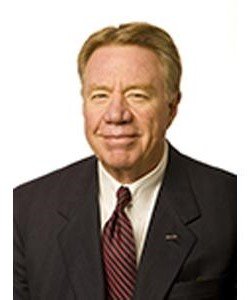 Joe Cialone retired from the practice of law as a senior partner at Baker Botts LLP in 2012, after a 40 year career focused on public company mergers and acquisitions, SEC and other government investigations, internal and other corporate investigations, and director and officer responsibilities and liabilities, and generally representing public company boards of directors and board committees.

For fifteen years, he taught an advanced seminar on corporate governance topics as an adjunct professor of law at the UT School of Law. He has spoken on various corporate governance and federal securities law topics at continuing legal education programs sponsored by the American Bar Association and the State Bar of Texas, and at Rice University’s Jesse H. Jones Graduate School of Management. Following its own independent review, the Texas Lawyer named Joe one of the five “Go To” Texas lawyers in the field of Corporate Governance.

Joe served as a trustee of The University of Texas Law School Foundation (2002-2008) and continues to serve as a Senior Trustee. He also served as president of the Texas Law Review Association. In 1999, he was appointed by the Supreme Court of Texas to its Committee on Professional Ethics.

While a student in the UT School of Law, Joe was an Associate Editor of the Texas Law Review and a Chancellor.

Upon graduation from The University of Texas at Austin, Joe was commissioned as an officer in the U.S. Marine Corps, attaining the rank of captain before resigning his commission to attend UT Law School. While serving in Vietnam (1967-68), he commanded a rifle company and was awarded the Bronze Star and Purple Heart.