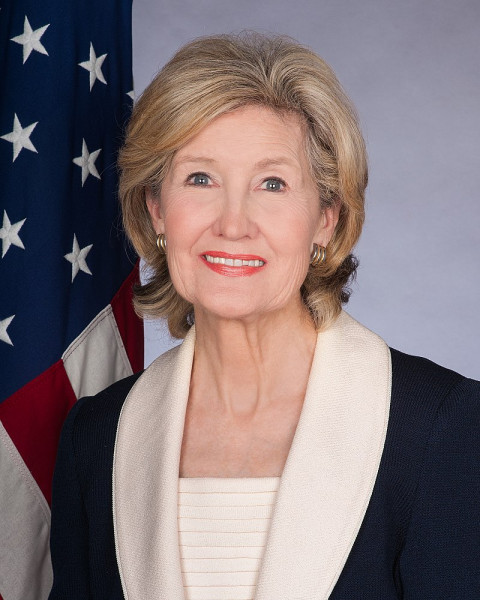 Kay Bailey Hutchison, known most notably for her 20-year career representing Texas in the U.S. Senate, has been heralded as a pioneer in business and government. Currently a senior counsel with law firm Bracewell & Giuliani, she has influenced the public and private sectors as a politician, bank executive, journalist, historian, and small business owner.

Prior to her Senate service, Senator Hutchison was elected Texas State Treasurer in 1990 and to the Texas House of Representatives in 1972. She was the first Republican woman elected to that body. She served in the Texas House until 1976 when she was appointed by President Gerald Ford to serve as vice-chairman of the National Transportation Safety Board.

Senator Hutchison is an acclaimed author and historian, her most recent book, Unflinching Courage: Pioneering Women Who Shaped Texas, was released in April 2013. She has published two bestsellers – Leading Ladies: American Trailblazers, released in October 2007, and American Heroines: The Spirited Women Who Shaped Our Country, released in 2004. In June 2000, she and several colleagues coauthored Nine and Counting: The Women of the Senate.

In addition to serving as Senior Counsel at Bracewell & Giuliani, she is a member of Bank of America’s Global Advisory Council and Campaign to Fix the Debt Congressional Fiscal Leadership Council.  She is also a CNBC contributor.  In April, the Dallas City Council voted to name its Convention Center the Kay Bailey Hutchison Convention Center Dallas and the University of Texas recently established the Kay Bailey Hutchison Center for Energy, Law and Business, a joint center of the UT School of Law and the UT McCombs School of Business.  In July, the President signed into law H.R. 2289, renaming section 219(c) of the Internal Revenue Code of 1986 as the Kay Bailey Hutchison Spousal IRA.  Senator Hutchison authored the original bill, cosponsored by Senator Barbara Mikulski, to establish Spousal IRAs. She was elected to the American Academy of Arts and Science in 2015.