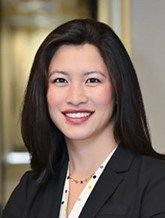 Over the course of her career, Lisa has obtained hundreds of millions of dollars in judgments and settlements for her clients. Her passion lies in fighting wrongdoing and holding accountable some of the most powerful and well-heeled institutions in the world, in many cases exposing financial fraud, corporate malfeasance, and professional malpractice that otherwise would never have seen the light of day.

Among her many achievements, Lisa obtained a Top 50 Verdict in the United States after winning a lengthy fraud trial against global investment bank Credit Suisse in connection with a $540 million refinancing transaction.  Among her many accolades, Lisa has been recognized by the Best Lawyers in America, the LawDragon 500 Leading Lawyers in America, Chambers USA, Texas Monthly, and the Top 250 Women in Litigation by Benchmark Litigation.

Lisa is licensed to practice law in both Texas and California.  Lisa received her A.B. in Politics with highest honors from Princeton University.  Lisa received her J.D. with honors from the University of Texas School of Law, where she served on the Texas Law Review and was named to the Order of the Coif.  Following law school, Lisa served as a judicial law clerk in the United States District Court for the Southern District of Texas and began her private practice career as an associate at Latham & Watkins LLP in Los Angeles.

Beyond her cases, Lisa has been a longtime advocate for women, minorities, and underserved populations. Lisa served as Chair of the State Bar of Texas Asian Pacific Interest Section, where she generated unprecedented participation and strengthened ties between APA leaders throughout the state. Lisa is a recipient of the Suzanne Covington Pro Bono Service Award for her legal work on behalf of domestic violence victims and was honored as a Pathfinder by the Travis County Women Lawyers’ Association. Lisa has worked for many years to improve our criminal justice system for indigent criminal defendants, serving as a founding board member of the Texas Fair Defense Project for a decade.  Lisa also proudly devotes her time to her alma mater law school, mentoring first-year law students, serving on the Board of Directors of the Texas Law Review Association, and serving on the Board of Trustees of The University of Texas Law School Foundation.