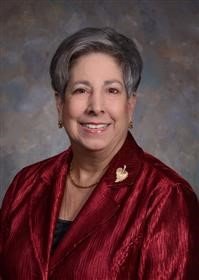 Marilyn Aboussie was born June 9, 1948, in Wichita Falls, Texas. She graduated from public schools there and was admitted to the honors program at Midwestern [State] University, earning a Bachelor of Arts in Government and graduating in three years in 1969. After working on Capitol Hill in Washington, D.C., she was admitted to the University of Texas School of Law, one of a small number of female students in a large student body. She completed her Juris Doctorate degree in December 1973 and married classmate attorney John A. Hay, Jr. the same month. They are parents of John Hay III, an attorney in Austin, Texas.

Aboussie began her law practice in Houston, Texas. In 1976, she and her husband moved to his home town of San Angelo, where they both practiced law. Her husband continues to practice in the law firm of Hay, Wittenburg, Davis, Caldwell, and Bale.

In 1983, the Governor appointed Aboussie as the first judge of the 340th District Court. In 1986, he appointed her to the Texas Court of Appeals for the Third District of Texas. She was re-elected to office several times. In 1998, she was elected Chief Justice, holding that office until her retirement in January 2003. Since then, she has continued serving as a Senior Judge for the State of Texas and also as a trained mediator.

Aboussie was the first female lawyer in each law firm where she practiced, the first woman judge on a court of record in the Concho Valley (joining only one other in West Texas), the first woman justice on the Third Court of Appeals, and the only woman to hold the office of Chief Justice of that court since its creation in 1882. She was the first woman elected president of the Tom Green County Bar Association and the Young Lawyers Association. Among her professional positions, she served as Chair of the Judicial Section of the State Bar of Texas, Chair of the Texas Center for the Judiciary, Chair of the Council of Chief Justices, and as judicial member of the State Bar Board of Directors and the Texas Bar Foundation Board of Trustees. Aboussie also served on the Texas Judicial Council, the Texas Center for Legal Ethics and Professionalism, and the Texas Board of Legal Specialization. She served on the committee that helped create the Women and the Law Section of the State Bar of Texas and chaired Tom Green County’s Juvenile Board when the Juvenile Justice Center was built. She served on numerous State Bar and Supreme Court committees and boards and as a speaker at civic events and professional seminars around the state.

During more than four decades of her professional career, Aboussie has received many honors and awards. Among those, she was named the outstanding woman in government service and outstanding woman officeholder in Texas. Midwestern State University named her its outstanding alumnus, the American Academy of Matrimonial Lawyers in Texas awarded her its first outstanding jurist award, and the State Bar of Texas awarded her a presidential citation. The Women’s Bar of Travis County named her a trailblazer. She was an honoree of the San Angelo School Foundation, recognized by the Boy Scout Council as Distinguished Citizen of the Year, and was selected by the Girl Scouts as a Woman of Distinction and the Boys and Girls Clubs as a Pillar of the Community.

Throughout her career, Aboussie has held membership in organizations and boards too numerous to list. She holds life memberships in the Texas Bar Foundation, the American Bar Foundation, Midwestern State University ExStudents’ Association, and the University of Texas Ex-Students’ Association. She was a member of the University of Texas Commission of 125, a graduate Fellow of the Center for Public Policy Dispute Resolution and a member of its advisory Council. She was president of the University of Texas School of Law Alumni Association and honored as a Leader and Champion by the Center for Women in Law. Aboussie is a member of the Texas Philosophical Society, the Texas Appleseed Board, and a member of the advisory board of First Financial Bank – San Angelo. She has served for many years on the advisory board of St. Jude Children’s Research Hospital in Memphis, Tennessee. She was on the founding board of Hospice of San Angelo, and is a sustaining member of the Junior League, and a member of Alpha Phi fraternity. She is currently Chair of the San Angelo Health Foundation Board of Trustees. Aboussie and her husband are active members of Emmanuel Episcopal Church.