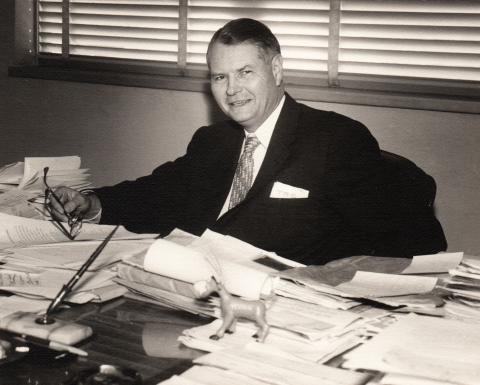 Tom Sealy received an LLB degree from The University of Texas School of Law in 1931. After attaining his degree in 1931, he went on to practice law in Coleman, TX from 1931-1933 and then with the State Highway Department in Austin from 1933-1935.  In 1935 he joined the U.S. Air Force where he served as a Lieutenant Colonel in World War II.  During the war, he used his talents to serve as an executive officer of the Trial Section of Warm Crimes in General Eisenhower’s headquarters in German.  Upon returning home, he practiced law in Midland, Texas with the firm Stubbeman, McRae, Sealy, Laughlin & Browder, where he served as Managing Partner of the firm until 1960.